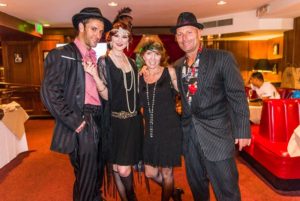 Todd has performed and entertained at many private functions, including the first and second annual Getty company parties with over 3,000 attendees at the museum, a few private Disney Co. parties,  and other corporate events by Arco, Toshiba,House of Blues, City of Hope, Swing Alive at the Hollywood Palladium, and the last episode party for Home Improvement with Big Bad Voodoo Daddy.

Todd is the King of Swing and the best at interacting with guests. As well as being familiar with other dance styles, he is associated with incredible, professional dancers – where the guarantee is  No one will want to leave the dance floor.  He also Teaches Kids. His best assets are being patient when he is teaching and fun when he is performing.